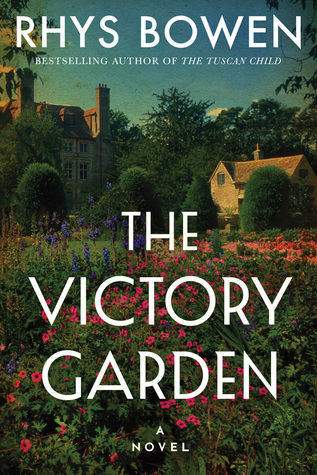 From the bestselling author of The Tuscan Child comes a beautiful and heart-rending novel of a woman’s love and sacrifice during the First World War.

As the Great War continues to take its toll, headstrong twenty-one-year-old Emily Bryce is determined to contribute to the war effort. She is convinced by a cheeky and handsome Australian pilot that she can do more, and it is not long before she falls in love with him and accepts his proposal of marriage.

When he is sent back to the front, Emily volunteers as a “land girl,” tending to the neglected grounds of a large Devonshire estate. It’s here that Emily discovers the long-forgotten journals of a medicine woman who devoted her life to her herbal garden. The journals inspire Emily, and in the wake of devastating news, they are her saving grace. Emily’s lover has not only died a hero but has left her terrified—and with child. Since no one knows that Emily was never married, she adopts the charade of a war widow.

As Emily learns more about the volatile power of healing with herbs, the found journals will bring her to the brink of disaster, but may open a path to her destiny.

The Victory Garden is a poignant, sweet book that takes place at the end of WWI in England. Emily is just turning twenty-one as the book starts, and she at last has the legal standing to shake off her overprotective parents and really DO something for the war effort. Having already lost her brother, she feels the need to do something to honor him.

“I want to be useful. I want to do my bit, so that Freddie’s death was somehow not in vain.”

In the process of finding how she is going to do her bit, she (naturally) meets a dashing young pilot (Australian! Gasp!), falls in love, her lover dies a hero, and it turns out she’s pregnant.

All this is revealed in the blurb, so I picked it up thinking that it had to be more than just a romance since…well, you know. Hard to have a romance when one party is deceased, however heroically.

The “more” turns out to be the massive amount of growth and experience Emily goes through in less than a year. She becomes a “land girl,” – something I was not familiar with at all, and I think many Americans would be there with me. She stands up to her parents, who despite being protective are just as much about their own egos as they are about shielding her from heartbreak. She takes a chance on love, knowing that it will most likely end in heartbreak. In the process, she discovers the power of both independence and female friendships. Britain lost a large majority of their fighting age men in WWI, something I hadn’t honestly given much thought.  The story really shows just how that loss changed – or at least how it began to change – societal roles for both genders.

The Victory Garden isn’t particular heavy on either history or romance. In fact, there could have been less of a romance and the story would have worked just as well. I knew going in that Emily’s dashing aviator was going to pass, as so many of them did at that time, so I went in willing myself to not get too invested. The history was interesting but not overwhelming in detail.

As far as the actual garden, there was SOME emphasis on it in the last half of the book, and a little tiny bit of a mystery involving an old journal Emily finds, but it was very…well, I wish had been more about the herbs and the garden. It seems like the title is a bit of a misnomer. 😛

Overall, 4/5 stars. I closed the book feeling a little sad, but hopeful for Emily’s future with her child.