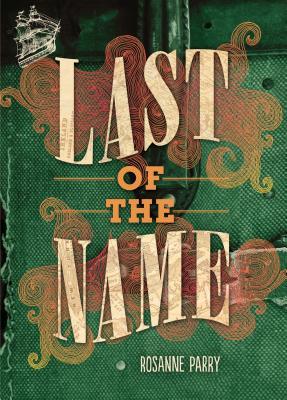 Twelve-year-old Danny O'Carolan and his sister, Kathleen, arrive in New York City in 1863. Kathleen refuses to be parted from her only remaining relative, so she finds a job in domestic service for herself and her younger...sister. Danny reluctantly pretends to be a girl to avoid being sent to the children's workhouse or recruited as a drummer boy for the Union army. When he occasionally sneaks off to spend a few hours as a boy and share his rich talent for Irish dancing, he discovers the vast variety of New York's neighborhoods. But the Civil War draft is stoking tensions between the Irish and free black populations. With dangers escalating, how can Danny find a safe place to call home?

“Always remember who ye are,” Granny says. “Descended of the great bards of old. Honord by princes near and far they were. Sought out for music and for counsel. Keepers of history. Writers of songs.”

I was excited to read Last of the Name, being of partial descent from Irish immigrants myself. It’s not a topic I’ve often seen covered for this age group, and I was thrilled to see it done so well.

Last of the Name is a middle-grade book about the arrival of Irish immigrants to the United States during the time of the Civil War. 12-year-old Danny has lost everyone dear to him except for his sister Kathleen, either to war, famine (by hunger or in attempts to steal enough food for their family to survive), or the crossing to America. He rebels at dressing as a girl to be a maid alongside Kathleen, but since it seems their only hope of staying together and surviving in the bitter, angry stew that was New York City in 1863, he goes along with his sister’s plan.

Kathleen is the sort of believer who believes more the less evidence there is. She could be on her knees for days on end. I’m going to die of hunger while she prays to save me from a bountiful future…If only there was a patron saint of those afflicted by tyrannical sisters there’d be hope for me.

Despite his complaining, it’s clear Danny dearly loves his sister and will do anything for her. As the city grows more and more hateful, both towards free blacks and the Irish (coming to steal jobs, naturally), it becomes almost as dangerous for them as it was at home – except here, people appreciate Danny’s voice and his dancing feet, which maybe – just maybe – might be the key to their survival in New York City. But when the draft is initiated and the Irish immigrants of the city bear the brunt of it (so much for random!), the whole city looks to go up in flames.

I’m not going to lie, I teared up several times reading this story – and I’m not even sure why! It just felt so poignantly REAL. Danny was adorable and I loved Kathleen’s fire and backbone.

“You Irish,” says another [man], just as stern. “It’s your own out there doing the lynching and the burning. What do you have to fear from your own?”

“You fat old men!” Kathleen shrieks. “What do you know of fear, you with your broad shoulders and your full plates! We have to fear what every woman fears her whole life long. Ye heartless men! When have you ever been small or hungry? Would you send a German child out on the streets this night? Aren’t we Catholic like you? Don’t we sit side by side in church?”

As is historically accurate, Danny and Kathleen’s Catholic faith does play a part in the story – but never in a proselytizing way. The story really shows how much conflict was in the United States at this time, not only around color, but around religion, politics, even denominations. It’s rather disheartening to see that we’ve never really moved on, the names of the different factions have just changed. Despite all that, the story is one of beauty and hope and I’ll be adding it to my own library.

5/5 stars. Highly recommend, and it REALLY needs much more attention than it’s getting!