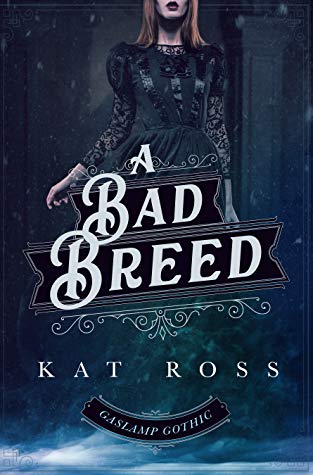 A creature out of folklore. And nightmare.

January 1889. When a Romanian village suffers a series of brutal attacks, occult investigator Anne Lawrence is dispatched to the forests of the Old Country to hunt the killer – only to vanish without a trace.

The trail leads her mentor Vivienne Cumberland deep into the Carpathians to a remote monastery. As a blizzard rages outside, trapping them all with the pricolici, Vivienne risks sharing the fate of the woman she came to find. But is the culprit truly a werewolf … or something even more dangerous?

A man bent on revenge. And a love that was never meant to be.

Imprisoned in a decaying castle, Anne finds herself ensnared in a web of dark enchantment, at the mercy of a mysterious captor with a beast inside – and a memory as old as the ancient legends.

As the weeks pass, Anne learns his real identity, and slowly uncovers a complex and deeply passionate man. But is she willing to pay the price for falling under his spell?

Author’s Note: This darkly magical reimagining of Beauty and the Beast is the third book in the Gaslamp Gothic series, but can be read as a standalone with no need to start with Book #1, The Daemoniac.

A Bad Breed is a hugely atmospheric read, dropping you into a gothic Victorian world from the first page. I really wished it was longer, to delve more into the background of Anne and Vivienne – but I guess that’s what the other books are for! This is the first book I’ve read by Kat Ross, so I took the description at its word, that A Bad Breed could be read as a standalone despite being the third novel in the series. It worked out just fine, and I’ve already downloaded The Daemoniac to read soon as well. 😉

Kat Ross worked as a journalist at the United Nations for ten years before happily falling back into what she likes best: making stuff up. She’s the author of the Fourth Element and Fourth Talisman fantasy series, the Gaslamp Gothic paranormal mysteries, and the dystopian thriller Some Fine Day. She loves myths, monsters and doomsday scenarios. Check out Kat’s Pinterest page for the people, places and things that inspire her books.