First of all, a huge apology to Xpresso Book Tours – this post is VERY late, as I’ve been sick for over a week and I forgot everything except (possibly) my name. 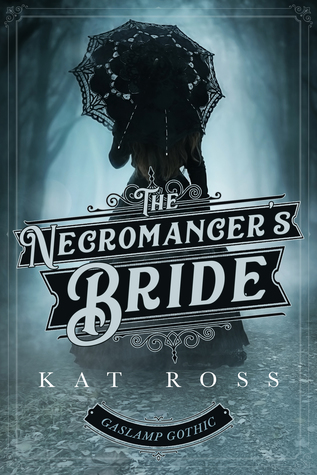 A self-appointed soldier of God with a penchant for ruthlessly punishing his enemies, he vanished after Anne Lawrence stabbed him with his own dagger.

The smart thing would be to let him go.

Determined to heal the rift between them, she goes in search of her tempestuous former lover, black parasol in hand and daeva magic crackling at her fingertips. But Gabriel has his own plans afoot and Anne finds herself drawn into one of his tangled webs, much against her better judgment.

Gabriel’s nemesis has reappeared in Brussels, a vile slaver who’s plundering the Congo Free State with the blessing of King Leopold. Gabriel might be willing to give Anne a second chance, but not until Jorin Bekker’s head is lying at his feet.

Back in London, the quasi-reformed necromancer Balthazar sets his sights on the same quarry. He holds a very personal grudge against Bekker — and killing him might be the only way to keep Gabriel D’Ange from Balthazar’s own throat.

When the hunters collide at a lavish gala thrown by the king, Anne learns just how far she’ll go to save the man she loves.

Note: The Necromancer’s Bride is the sequel to A Bad Breed, which should be read first.

The Necromancer’s Bride is an excellent continuation of the story begun in A Bad Breed, and as the fourth installment in the Gaslamp Gothic series! I was so excited to read more about Anne and Gabriel and the whole scheme of everything that’s going on. I still need to go back and read the first two books in the series (which you do NOT have to read to start with A Bad Breed, but you DO need to read A Bad Breed before reading The Necromancer’s Bride…yes, I know, slightly confusing). Also there’s a 5th novel coming!! It’s not on GoodReads yet but was named in the end notes for Necromancer, and it’s called The Dead Ringer.

“You won’t be laughing so hard when my wife gets here,” Gabriel said.
The guards exchanged a solemn look.
“His wife,” Daan echoed in a quaking voice. “Well, now I’m truly terrified.”…
“Will she bring her rolling pin?”
“No, no, it’ll be knitting needles,” Daan put in. “She’ll poke us and tell us we’re very naughty boys.”

She was barefoot and painted head to toe in dried blood. With her wild auburn hair, she reminded Balthazar of the Celtic queen who had burned Londinium to ashes and whipped the Romans so badly they almost fled Britain.

Overall 4/5 stars, and I’m eagerly waiting for the next one!

Kat Ross worked as a journalist at the United Nations for ten years before happily falling back into what she likes best: making stuff up. She’s the author of the Fourth Element and Fourth Talisman fantasy series, the Gaslamp Gothic paranormal mysteries, and the dystopian thriller Some Fine Day. She loves myths, monsters and doomsday scenarios. Check out Kat’s Pinterest page for the people, places and things that inspire her books.