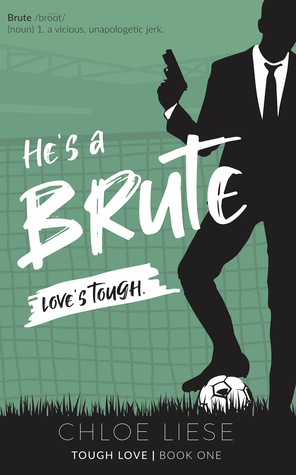 Every good scientist knows the second law of thermodynamics: the universe's disorder, entropy, is always increasing. Professionally and personally speaking, Nairne’s familiar with the principle. After a streak of costly fame, now she’s set on saving the world, microscope in hand, and there’s no time for romance. Problem is, when a rude, despicably sexy Adonis shows up to run their board meeting, chemistry and its ensuing chaos become more than a formula—now they’re a burning hot reality.

Mafia prince. Professional footballer. Bad boy demeanor and a reputation for being as talented between the sheets as he is on the pitch. Rumors are the man's an absolute brute. And he turns out to be just as demanding, controlling and vicious in person as he is on paper. The Law of Attraction’s proven true, as Nairne finds herself accepting Zed’s proposal: rough, wild stress release, more orgasms than she can count, and most importantly—no falling in love.

No attachments. No forever.What could possibly go wrong?Book One in the Tough Love Series—an enemies to lovers, suspenseful romance, full of sexy Italians, bedroom negotiations, feisty heroines, and an ending that’ll both satisfy you and leave you ready for more!

He’s a Brute was Chloe Liese’s debut novel, and wow did it pack a punch! I did admittedly read these books out of order (read She’s a Spitfire, which is Tough Love #2, first), and while technically that’s fine I would definitely recommend starting with the first book. This is a three book series involving the same couple. I enjoyed the first two books so much that I bought hard copies of all three, even though I had eARCs of the first two!

A lot of reviews said this was a 50 Shades-esque novel. I’ve never read 50 Shades, so I can’t say either way. There is dominant/submissive kinky sex between Zed and Nairne, but it is completely consensual. Zed is rough around the edges, arrogant, and emotionally closed off, but he makes sure Nairne is 100% okay with whatever he does before he does it. There’s a contract and everything.

I love Zed and Nairne and if you enjoy romance with lots of steamy sex, a little danger, and a lot of banter, this one is for you!