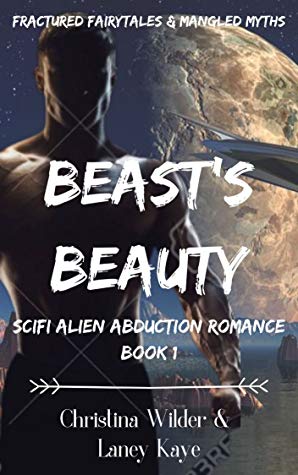 A beauty stolen from Earth.Gifted to an alien Beast.Can love set them both free?

Amelia: Abducted by aliens and taken to their ship, my best friend and I are desperate to escape and return to Earth. I'm tossed into a cell with a reptilian alien and told I must satisfy him or they'll hurt my friend. I never thought giving in to his needs might satisfy my own...

Then they put me with a new beast and say we're going to compete in a deadly game called the Rampage. Alien Hunger Games anyone?

The beast is snarly and ferocious, and he could rip me apart with his tusks and claws. Yet in his eyes, I sense something vulnerable. Lonely. With hints of something I found with the other alien.

I'll do whatever I can to soothe the beast and convince him to help me win the Rampage. Because losing means death.

That's all gone now. Hidden beneath this abominable exterior, far more Beast than man. Not only in appearance, either; because the scent and the sight of this female does things to me. Things that surely no man would ever feel.

But maybe that's just as well--without the fury of the Hunger, neither of us has any chance of surviving the Rampage.

Our alien romance series guarantees hot males, fierce women, steamy, on-the-page romance, and a satisfying happily-ever-after. Each book features new characters and can be read as a standalone though they may be more fun if read in order.

Say WHAT?!? I was skimming through some book titles and came screeching to a halt at the tagline on this one. I’m a complete sucker for Beauty and the Beast retellings, but…alien abduction romance?? I’ve never been much of a sci-fi reader, but I did pick Garrus as the romantic interest when I played through Mass Effect years ago so I thought why not, I can give anything a try once.

“Act with honor, integrity, and respect, lest the Beast control you and destroy all that you are.”

Rounded up to 3 stars. I might continue with the series. I like a little more substance to my books even if they are focused mainly on the romance, but I did enjoy aspects of the story.